By Theresa MoultonPublished On: October 31st, 2017

We’ve all seen the reported statistic saying that “70% of all change projects fail”, and whether you buy into this statistic or not, it’s fair to say that technology implementation projects are often the source of many failure horror stories.

We have specialised in recovering failing change projects for many years now, and have found that the chance of success or failure bears very little relation to the type or size of project! Time and time again we see the same faults (as undertaken by very experienced practitioners!) leading to the same fated failures. But why?

Well…surprisingly enough, many of the fundamental reasons for failure are down to flaws in established change management methodologies and common practice implementation techniques, which just aren’t often questioned. So to help you avoid these “silent assassins” in projects, we have distilled down decades of experience into 3 key practical pointers:

For many years doctors have been analysing the lifestyles and habits of patients before they judge whether an organ transplant will be successful and sustainable or not, and technology implementation projects should be no different!

In the same way that some bodies reject organs, the organisation hasn’t absorbed the new tech, and the same issues that existed before the change are not only still present, but have actually been amplified in light of the post change ambiguity.

Teams that didn’t work well together before might be following the new processes, but the tech isn’t going to turn them into a high performing team. And absent managers might be given more time back in light of technology automating part of their role, but it won’t create the skills, confidence and relationships required to spend that time wisely.

So rather than following the traditional discipline of excluding related disciplines from your change project, fully embrace them and include some element of Organisation Design (OD) review in your project plan, because you never know – if done well, a holistic technology project could provide a prime opportunity to resolve longstanding cultural issues and be a launch pad for a whole new way of working that goes way beyond the tech.

Many of us will remember what it’s like growing up with siblings – when something went wrong and mum or dad starting shouting, it was always the other one’s fault! And despite decades of maturity and developed professional standing, when a mission critical project is going south and voices start raising / fingers are being pointed, the gut instinct is to look to our left or right to say “they dunnit”.

This leads to an overkill of the “don’t talk to me about issues – just make it work” kind of responses that drive people working on the project to just keep their head down and tell management what they want to hear for as long as possible. But, as you can imagine, this doesn’t resolve the issues, which then simply come out of the woodwork at a later date, causing even more damage and derailment than they would have done up front.

So when you’re under pressure to deliver…just take a step back to fact find, encourage people to say when things are looking like they may be off track, and ask “what’s gone wrong and how do we recover” rather than “who dunnit”, which is more likely than not to cause you more issues at a later date!

It’s widely accepted that managers can be more effective within a company when they have space to manage their people, rather than spend all of their time “delivering” front line responsibilities. But introduce a change project and that logic usually goes out of the window! Time and time again managers are directly involved in the management and delivery of technical change and trying to keep up with implementation actions, as well as a lot of their BAU work. This, coupled with them having to tread the precarious political line of pushing actions forward whilst not hacking off the people they will be working with after the change, makes for rather stressed managers!

And when it comes to bringing in technical specialists…well…we haven’t exactly made our lives easy to date have we?!? Hiring a disparate collection of (usually) self-employed contractors that you often haven’t worked with before, who haven’t worked with each other before, and all have an understandable interest in protecting the uniqueness of their skill set. Hmm…and we wonder why technology projects are especially challenging?!?

But it doesn’t have to be. Bring in a consultancy that have tried and tested Tiger Teams that have worked together, are used to working to shared processes and methodologies, and who actually look to work alongside any internal resources to upskill them whilst they work – thus reducing your reliance upon them for future change projects.

In summary, change projects will always be challenging, and technological change projects even more so. Business critical, budget critical, and time critical……but if you can avoid the “silent assassins”, you stand a much better chance of undertaking your change project like a surgeon, rather than a butcher. 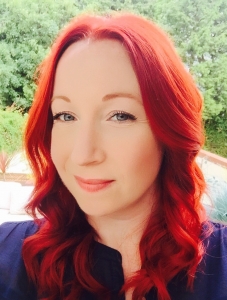 Sadie Harries is a transformational developer and professional speaker specialising in organisational design and change management. She is a Director at C Squared Consultancy, which helps organisations implement complex technology transformation projects.