By Theresa MoultonPublished On: April 24th, 2017 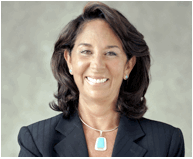 What is Conversational Intelligence®? Where did it come from? Is it universal?

First let me say, it’s not about how smart you are, but how open you are to learn new and effective powerful conversational rituals that prime the brain for trust, partnership, and mutual success. Conversational Intelligence® translates the wealth of new insights coming out of neuroscience from across the globe, and brings the science down to earth so people can understand and apply it in their everyday lives.

Conversational Intelligence® makes complex scientific material simple to understand and apply through a wealth of easy to use tools, examples, conversational rituals, and practices for all levels of an organization.

Conversational Intelligence® is indeed universal intelligence. It’s hard-wired in every human being. Everyone is born with it. Since we have it, the question is what do we do with it? How do we develop it, how do we cultivate it? How do we enable people to discover that conversational intelligence is what connects human beings one to another? It impacts our mind, our hearts, our chemistry, and who we become. Our past, present and future is hard-wired to our conversations with others.

What does it mean to bring neuroscience into conversations?

When you bring neuroscience in the conversations, you get to make the invisible visible. You get to see what happens at the moment of contact. You get to see how quickly the brain can be closed down, because something that you said or how you said it triggers the amygdala, it triggers the lower brain, the primitive brain, the two together close down your prefrontal cortex, which is where you have wisdom and insight and strategy and foresight and all these beautiful things that make us the epitome of being human.

We activate this, like a spraying of cortisol into our brains. That’s the picture that I want people to see, because it really locks down that part of our brain which has the explicit ability to connect in the deepest of ways.

And, it also closes our sight, meaning that we become so focused on protecting ourselves that we can’t connect with another human being. We’re thinking inside what do we need to do to protect ourselves. We take human beings that have a great high level of intellectual capability and it’s like we turned down, we dialed down that explicit intelligence and put ourselves to focus on ourselves and not the other person, or not what we can create together.

What are the three levels of conversation? How do they relate to Conversational Intelligence®?

I’ve noticed a “push and pull” energy that occurs when people are in conversation. Somebody talks, and they ask things, and the other person talks and tells things, and you have pushing and pulling. And, I noticed that those two go together. Healthy conversations have a nice flow back and forth of the push and pulls. But when somebody gets stuck in just telling, the conversation starts to break down. You can see the behavior that went from a friendly behavior to something different. That is where there’s a lot of energy that goes behind the telling and asking.

So, I started to find these very clever ways of describing it to people. I found that I could go around the world and use these terms and people recognized exactly what I was saying. So, level one, transactional, confirm what you know, tell, and ask. And, then I went into level two, which is the positional. When you’re doing it well, it’s persuading and advocating and advocating and inquiring. When you aren’t doing it well, you’re addicted to being right.

And, so these things began to take. I did a lot of reading and studying and observing and I started to find, in history, especially, because I’m an organizational anthropologist, that there was a higher level, a higher level that appeared in every culture I studied, in every revision I studied, and it was a place where there was like an eye on the forehead. Asking questions for which you don’t have answers.

That when you get into level three, it’s called transformational. And, it’s where you create the rules of engagement, where you open it up so you’re non-judgmental. I created “listen” and “listen to connect”, asking questions for which you don’t have answers. The key is it’s not knowing something, it’s asking questions and discovering what you don’t know you don’t know. And, when I put the three together, it made like a trilogy that regardless of where I went around the world, people understood it in any language it’s been translated, people get it.

What are some of the specific challenges that you help people solve through the study of Conversational Intelligence® and the three levels of conversation?

The key is learning how to come together and turn conflict into conversations. How easy it could be! But many people get frightened. They get into conflict, don’t know how to face somebody else and work it through. And, so I’ve come up with some conversation essentials that are make this so easy.

Here’s another change. “Collaboration” in the dictionary means “cohorting with the enemy”. However, “co-creating” – a Level 3 concept – is not about the enemy at all, it’s about how I can help you and you help me. When our energy fields connect and we do feel trust and we do find our brain opening up, we also do find that neuro innovations, that other word that you described when you described me, that it, that we actually start to have a whole level of connectivity of our brain.

We are sharing in an energetic way things that are not even conscious to us. And, it feeds us, feeds us with new ideas that we never thought were possible. That’s what transforms companies. That’s what creates an appetite for conversations, even if they’re difficult.

Judith Glaser, CEO of Benchmark Communications, Inc. and Chairman, The CreatingWE Institute is an Organizational Anthropologist and one of the most pioneering and innovative change agents, consultants and executive coaches in the consulting and coaching industry. In addition, she is the best-selling author of 7 business books including her newest best seller – Conversational Intelligence: How Great Leaders Build Trust and Get Extraordinary Results. You can connect with Judith directly on LinkedIn.